Pictures of a book… Stolen Sister

I’ve been holed up in my writing cave for many weeks now, getting the first draft of what will hopefully be book nine down – and yesterday, I typed THE END. (That’s my excuse for the lack of regular blog posts this year…)

Meanwhile, book eight, Stolen Sister, is only a few weeks away from publication, so March is going to be busy in a different way. We’ll have a cover reveal soon, and shortly afterwards Stolen Sister will be up on pre-order. (Edited to add: the book is now published; click HERE to see it in your local Amazon store.)
And here are a few photos of the book’s settings:

The story starts in a hotel near Kendal, to the south of the Lake District in England. I’ve travelled through this area many times, and as you can see, it’s lovely. Less lovely is what happens to baby Erin and her mum and dad in the hotel…

Location switches several times in the book as years pass and the characters move around. Several chapters near the start take place in Edinburgh, where Vicky lives with Great-Aunt Maisie and brother Jamie. 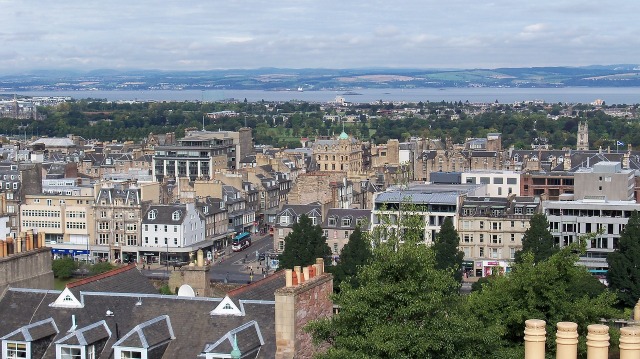 Edinburgh Castle gets a mention at the end of Part One as Maisie trundles past in a bus one wintry night.

The action shifts to Glasgow, where Vicky and Jamie spend the second half of their childhood.

Vicky, now grown up, lives in a lovely flat on the banks of the River Clyde, just across the footbridge (which I crossed literally dozens of times last year, but that’s another story) from the city centre. Vicky’s flat is in the beige-coloured building to the left of the bridge below. (Thanks go to Evelyn Tingle for the photo.) 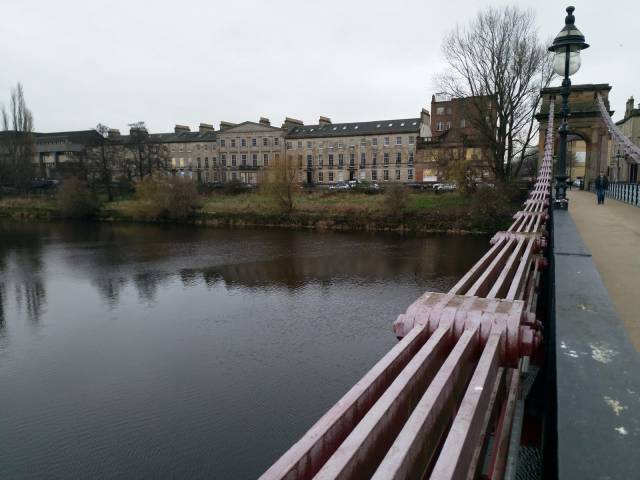 Vicky crosses the bridge every day too, to get to her job in the city centre.

Meanwhile, where is Erin? Or maybe, who is Erin would be a better question. Years before, she spent some time in Carlisle in the north of England, but then she went off radar. 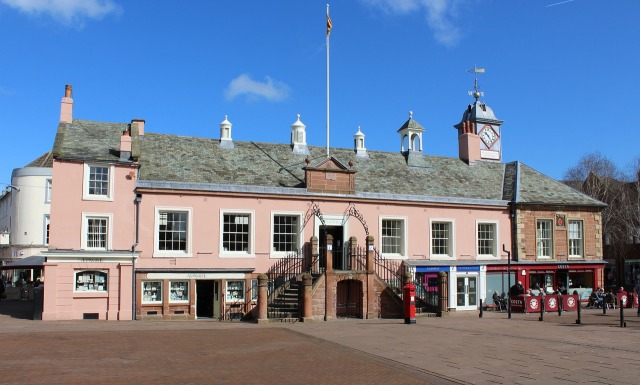 The story ends back in Glasgow, and the river has a very special meaning to both Vicky and Erin…

Stolen Sister will be published by Bloodhound Books on March 25th.

17 Responses to Pictures of a book… Stolen Sister