A couple of weeks ago, a friend and I went out in search of orchids… wild ones.

Close to the Switzerland-Germany border, there’s a tiny place called Bargen. It’s known for being the most northerly village in the country, and also for its nearby woodland orchid trail. I have to confess I’d never heard of the trail until the day before we set out, but wild orchids sounded fun, and the weather was fabulous, so off we set. It was a journey of public transport interspersed with a couple of mad dashes and the hottest walk ever.

The first hour or so was no problem. We caught the train that meanders along beside Lake Constance and then the Rhine, and alighted at Schaffhausen, nearest large town to the Falls of Rhine. Having checked out where the Bargen bus stop was, we retired to a nearby restaurant for lunch. So far, so good. 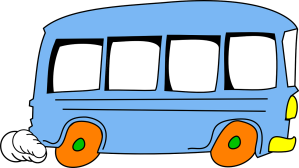 It was nearly bus time when we emerged, but the stop was right across the road and – oh. Wait. That didn’t include the afternoon buses – they left from the other side of the station…
Cue mad dash number one. I don’t go jogging now because my knees don’t like it, but I’m often very grateful to that Couch to 5K programme I completed a year or two back. 300m dashes are still possible.

Once on the bus, we recovered slowly, and arrived at Bargen expecting the usual super-efficient Swiss signposting to tell us where to go for the orchids. Um, no. Or maybe we just didn’t see it… Two possible tracks presented themselves, so we took the shady right hand one and set off hopefully up the hill. We did find some nice country scenery to photograph, but it became increasingly obvious that in spite of being on the right, this was not the right track. Back to Bargen.

The left track also went uphill, but was minus the shade. Up and up and on and on we went, the odd tree or clump of bushes providing a moment’s respite from the sun. We passed a couple of farms, were barked at by a dog and had to dodge several cyclists enjoying a lovely cool whizz down to Bargen. At long last we came to a border stone and – the orchid trail. Was it worth it? Oh, yes. (Okay, that orange one might be a lily…) 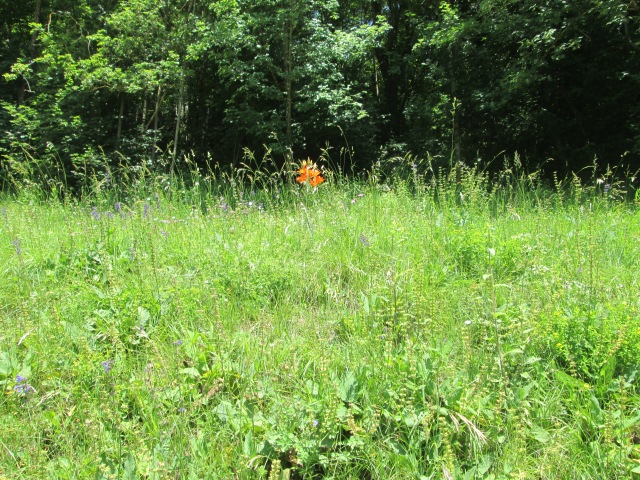 The track didn’t seem half as long going downhill again. We were about three quarters of the way back when we realised we could either go a whole lot faster and get the next bus in ten minutes, or carry on as we were and wait an hour in Bargen. We’d find a coffee shop there, wouldn’t we? We looked at each other. Bargen was so tiny, a petrol station and a cluster of houses. There might not be a…  Cue mad dash number two.

We made it – just, and arrived back in Schaffhausen in good time for the train. I know now there is a restaurant in Bargen – and next time I go anywhere off the beaten track, I’ll do my pre-hike checks a little more thoroughly…

This entry was posted in Life in Switzerland, travel and tagged hiking, orchids, Switzerland. Bookmark the permalink.

3 Responses to Wild Orchids in Switzerland