Writers work with words. That’s a fact, but numbers play a part too. Not only do we have sales figures and the dreaded Amazon rankings to contend with, we have to think about price and profit and tax returns and accounts and all the other etceteras. And I’ve always been terrible at maths.

Sales figures are tricky for us hybrid authors. For the books we self-publish, we get figures in real time. For our trade published books, the figures arrive well after the event, which makes it hard to compare. But who’s counting, anyway? (Don’t answer that…)

On to the Amazon rankings. Once you get your head round the fact that your book can sell more copies one day than it did the previous day, and still go down in the rankings, these are actually quite fun. If you’re lucky, you get the chance to take screenshots of your book with all sorts of lovely neighbours. Chosen Child has been right there beside some of my own favourite writers in the past few weeks. The rankings zigzag a lot, but I’m pleased that my newest release has now been a whole month in the top 1000 in the Kindle Store.

While we’re talking about numbers, my fifth book is in the end stages of being prepared. At the moment it’s with the proofreader, and it’s booked in with my formatter later this summer. I’m working with the cover designer now. The cover of Chosen Child will be a hard act to follow, but I have a feeling we’re going to end up with a really spooky cover for book five. Watch this space. 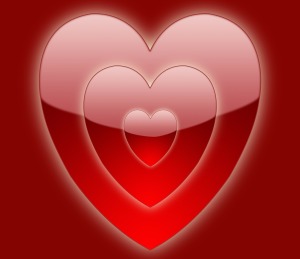 To finish off with, a lovely heart-warming story:
Chosen Child was auctioned last week.
I’m a member of the UK Crime Book Club on Facebook, where fellow-member Sylvia Gaunt auctions signed paperbacks for Bloodwise, a blood cancer charity in the UK. A few weeks ago she asked if I’d like to take part, so I sent off my book. It was up for auction from Monday until Wednesday lunchtime, and I’m very happy to report that it made £40.-

But the story doesn’t end there. One bidder had to leave the auction early, and when she failed to win Chosen Child, she offered another £40.- for Bloodwise, for a further signed paperback. So altogether, my book has made £80.- for charity. And if any other crime writer has a spare signed paperback they’d like to donate, get in touch with Sylvia – she never has enough!