With both family and friends living in this lovely area, I’ve been to Yorkshire more often than any other part of England – so that’s where I’ve chosen for my second sweet ‘n’ sour books.
In each S+S post, I’m featuring one romance or feel-good book, and one in a crime fiction genre, both set in the same area. Click the covers to see the books on Amazon, and don’t worry, you don’t have to eat them…

Sweet: There Must Be An Angel, by Sharon Booth

When Eliza Jarvis discovers her property show presenter husband, Harry, has been expanding his portfolio with tabloid darling Melody Bird, her perfect life crumbles around her ears. Before you can say Pensioner Barbie she’s in a stolen car, heading to the North Yorkshire coastal village of Kearton Bay in search of the father she never knew, with only her three-year-old daughter and a family-sized bag of Maltesers for company.

Ignoring the pleas of her uncle, Eliza determines to find the man who abandoned her mother and discover the reason he left them to their fate. All she has to go on is his name – Raphael – but in such a small place there can’t be more than one angel, can there?

Gabriel Bailey may have the name of an angel but he’s not feeling very blessed. In fact, the way his life’s been going he doesn’t see how things can get much worse. Then Eliza arrives with her flash car and designer clothes, reminding him of things he’d rather forget, and he realises that if he’s to have any kind of peace she’s one person he must avoid at all costs.

With the help of beautiful Wiccan landlady, Rhiannon, and quirky pink-haired café owner, Rose, Eliza is soon on the trail of her missing angel, and her investigations lead her straight into Gabriel’s path. As her search takes her deeper into the heart of his family, Eliza begins to realise that she’s in danger of hurting those she cares about deeply. Is her quest worth it?

And is the angel she’s seeking really the one she’s meant to find?

This was the first of Sharon Booth’s books I read – it’s huge fun and a brilliant feel-good read! And check out the lovely new cover images this series has! 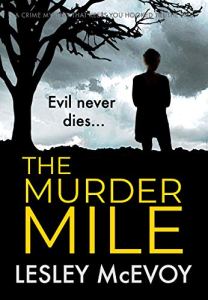 Forensic Psychologist Jo McCready is assisting DCI Callum Ferguson on a murder inquiry when one of her patients is found brutally murdered.

Jo was the last person to see Martha Scott alive. She was helping Martha unlock a repressed memory, but during the session, Jo unlocked more than she bargained for. An alter personality introduced himself as the reincarnation of Jack the Ripper – and thanked Jo for setting him free to kill again.

As Ferguson’s team race to find Martha’s killer, a series of copycat killings begin, replicating ‘The Autumn of Terror’ in 1888. But if Jack is just a figment of Martha’s damaged mind, who killed her?

As the body count rises, Jo must construct a profile to stop the murderer recreating the terror of the most infamous serial killer of all time. But not everyone is on Jo’s side. The Police Intelligence Unit have their own profiler, Liz Taylor-Caine, who resents Jo’s involvement as a contributing expert in the case.

Suspicion about Jo’s involvement in the killings increases when someone close to the team becomes one of Jack’s victims. And as the anniversary of the final and most gruesome of all the killings looms, Jo discovers that the killer has one murder on his mind that is far closer to home…

This excellent book is Lesley McEvoy’s debut novel and was one of my top reads last year. Like me, she uses a mixture of real and fictional locations in her writing, which means it’s easy to imagine the settings. I raced through this one with my heart in my mouth, and I can’t wait to read her next!

We’ll finish off with a lovely Yorkshire photo – the Cow and Calf Rocks, near Ilkley. 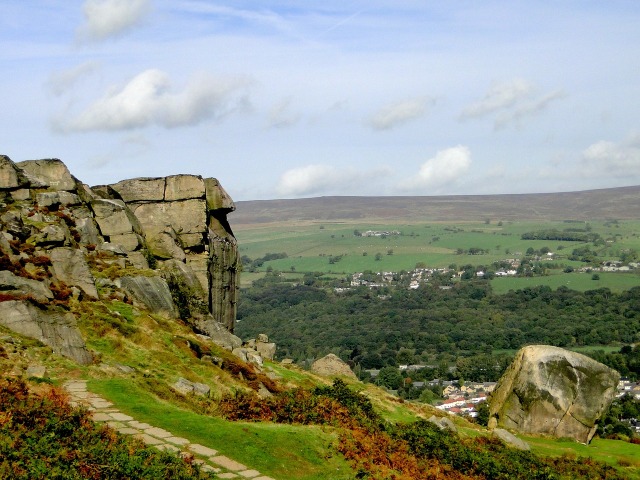