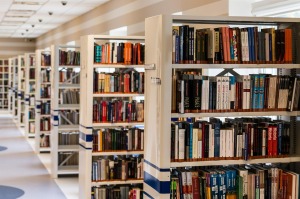 This is an adaptation of something I saw on Twitter – people were posting 26 books in 26 days, each title beginning with a different letter of the alphabet. Don’t worry – I’m planning on taking around 26 months to get to Z. Each month I’ll post a newish book I’ve enjoyed, plus a children’s book and an older book.

Today, it’s the ‘L’ books, and little did I know when I chose the first one how topical it would be:

I’m trying not to repeat writers in this series, and back in December, I was swithering between Terry Tyler’s Hope for H, or Lindisfarne for L. Lindisfarne won. It’s a great book, the second in Terry’s Project Renova trilogy. The world has been forever changed by a deadly virus. (Is this beginning to sound familiar??) The bat fever virus, however, is much, much deadlier than Covid19. Groups of survivors are coming together, one of them on the island of Lindisfarne.
We can hope that we’ll get at least part of the ‘old world’ back after Covid19. Terry’s books show us what could have happened…

What else could the L book for children be? This is the beginning of the story of Laura’s pioneer childhood, when the family live in the big woods of Wisconsin. I loved these books so much as a child, reading them over and over again. There’s always that feeling of desolation when you get to the end of the series and know there’s nothing more to be read.

This is a real golden oldie – a laugh-out-loud account of one “older” mother and her journey through pregnancy, childbirth and having a baby in the house. If you need cheering up in our brave new world, order this. It doesn’t seem to be available on kindle, but the paperback is well worth waiting for.

Coming next month: the ‘M’ books. I wonder if we’ll still be looking for #LockdownReading?

Image by Michal Jarmoluk from Pixabay