Barb Taub is an American writer living in Glasgow. She and I “met” on Twitter a year or two ago, and last autumn, when I was having a week in Scotland, we met in real life. In the middle of Byres Road in Glasgow. Literally. We spotted each other on opposite pavements and both started across the road, hugged fondly when we were within reach, and retired to the nearest coffee shop.
And here she is to tell us about travelling, signs, her new book Round Trip Fare, and a few other things too. Over to Barb…

[If you’re old enough to remember Five Man Electric Band from early ’70s, I apologize for the Signs earworm. The rest of you are safe.]

When I travel, I realize how much I depend on signs. Here are a few that guided me on recents travels in India. (And my apologies for the photo quality. Most were shot in passing, by a jetlagged old American lady with poor camera skills…)

Some signs were unexpected…

Starting with the airport…

Sign for our hotel, located zero kilometers away. Apparently we were staying in a roadside stand. On the plus side…camels! 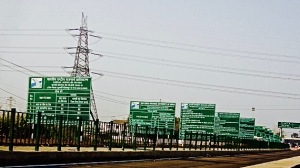 Some reinforced the differences between Indian and American English

Some provided creative spelling and punctuation 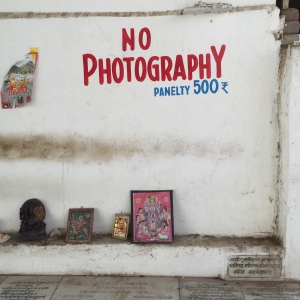 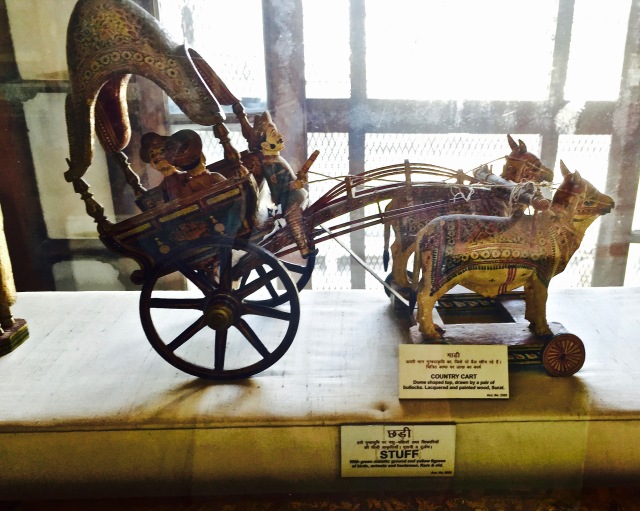 And some stuck to the simple factual statement, “STUFF”

Some signs were slightly disturbing.

Admit it. You laughed too.

CHILD BEER? We saw these signs all over Rajasthan. 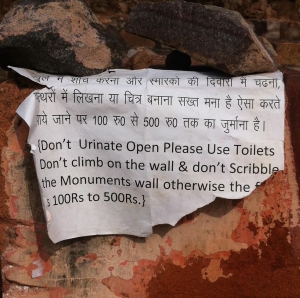 Some needed no further explanation.

And some were simply irresistible!

You would have too.

Note: If you’d like to hear more about our travels through India, please check out Do Not Wash Hands in Plates, the story of three women eating our way across India in search of adventure, elephants, temples, palaces, western toilets, monkeys, the perfect paratha…and the kindness of Indian strangers..

Do you ever lose patience with signs? In my new book, Round Trip Fare, Carey Parker has very little tolerance for the signs and notices that come with her job as Accords Warden.

The ones in the staff lounge are bad enough, but at least they can prevent disasters like drinking decaf or badger attacks

But then there were all these other signs, notices from HR, and various warnings that practically screamed her name.

“Carey Parker.” Claire was leaning against her desk, voice serene as always despite flushed cheeks and arms folded across her chest. “What part of Do Not Disturb were you having trouble understanding?”

“The part where it had anything to do with me?”

“My door was locked. And there was a sign.”

“And if I’d known you were in town, I’d have warded it. There might have been barricades.” 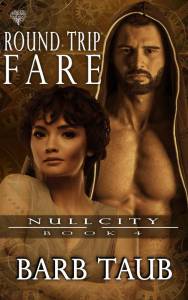 [click on image for preview and reviews from Amazon]

ROUND TRIP FARE by Barb Taub

Warden Carey Parker’s to-do list is already long enough: find her brother and sister, rescue her roommate, save Null City, and castrate her ex-boyfriend. Preferably with a dull-edged garden tool. A rusty one.

And then there is… him. For the past two months, a dark stranger has persistently edged his way onto the mental game board behind her eyelids. Well, whatever trouble he’s selling, Carey Parker is not buying.

Carey knows superpowers suck, her own included. From childhood she’s only had two options. She can take the Metro train to Null City and a normal life. After one day there, imps become baristas, and hellhounds become poodles. Demons settle down, join the PTA, and worry about their taxes. Or she can master the powers of her warrior gift and fight a war she can’t win, in a world where she never learned how to lose.

It just would have been nice if someone told her the angels were all on the other side. 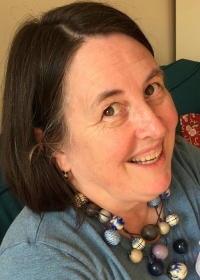 In halcyon days BC (before children), Barb wrote a humor column for several Midwest newspapers. With the arrival of Child #4, she veered toward the dark side and an HR career. Following a daring daytime escape to England, she’s lived in a medieval castle and a hobbit house with her prince-of-a-guy and the World’s Most Spoiled AussieDog. Now all her days are Saturdays, and she spends them traveling around the world, plus consulting with her daughter on Marvel heroes, Null City, and translating from British to American.

This entry was posted in Guest Posts and tagged Barb Taub, Do Not Wash Hands In Plates, Glasgow, India, Round Trip Fare, Writing. Bookmark the permalink.

22 Responses to Barb Taub: Signs (and books and things…)