The Writing Life: Getting paid… 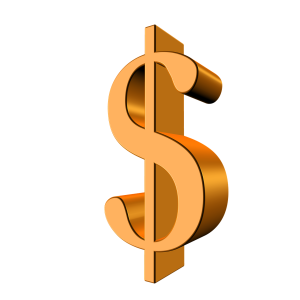 Hybrid writers, they say, have the best of both worlds. I’m not sure that’s true – I think we have the pros but also the cons of both traditional and self-publishing. Take getting paid…

I have two traditionally published books. Every six months I receive a royalty statement, theoretically immediately followed by payment, for six months’ worth of sales, the most recent of which is three months previously. This is how traditional publishing works. So far, so good. 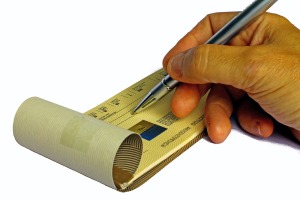 I also have two self-published books, and the vast majority of these sales occur on Amazon. Amazon has a different payment policy – monthly. On the dot. You can set your watch by them. Which sounds great… but last summer, I was completely taken aback to realise that the ?largest online retailer was paying me – as well as everyone else not resident in the US or UK – by cheque. Remember those? Here in Switzerland, cheques have been obsolete for many a long year. And some of mine would be in dollars, some in pounds, and some in euros…

Time to go to the bank. (Side note: my bank is amazing.)

I had a meeting with Ms S, our bank advisor, around then anyway, to discuss the new mortgage, so I took my first cheque along with me. 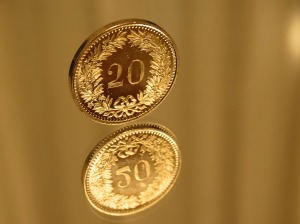 ‘I’ll be getting some of my book payments by cheque from now on,’ I said, handing it over.

She squared her shoulders. ‘I’ll see what I can do.’

And whatever she did was successful – I was given an ‘arrangement’ for my Amazon payments. In due course the next cheque landed in my post box, and I took it down to the bank. This time I went to the counter, where a young clerk was on duty.

‘I’d like to put this in here, please,’ I said, sliding over the cheque and my bank card.

I have never seen a man look more gobsmacked. He lifted the cheque by one corner and stared at it speechlessly, astonishment verging on outrage emanating from every pore; so much so that a senior bank lady rushed over to help.

‘It’s a cheque,’ she said, and peered at my bank card before jabbing the keyboard. ‘Ah, Ms S has made an arrangement, look…’

The unaccustomed process around these pieces of living history always took a while, but I was only too glad to get the money safely into my account each month. Meanwhile, things at Amazon were moving. I don’t imagine for a moment it had much to do with the three messages I sent about this, but the upshot was they changed their policy and direct transfer was enabled for non-US/UK residents too. Shortly afterwards, I took The Last Cheque to the bank.

‘Afternoon,’ said the young clerk, clattering away on his keyboard. ‘Have you signed the back of the cheque? Right…’ He reached for the transaction printout and stapled the cheque to it. ‘Okay, that’ll go in to be processed and the money will be in your account in a day or two. The usual procedure.’

I smiled to myself on the way out. In only a few months we’d travelled from ‘A cheque!?!?!?!?’ to ‘the usual procedure’. Flexibility is the name of the game in my bank. (I didn’t mention it was the last cheque just in case it wasn’t – but up till now, it was.)

And I’ll say it again, my bank is amazing – BIG thanks!

The world of the hybrid writer is many things, but it’s certainly never boring…

This entry was posted in The Writing Life and tagged Amazon, bank cheques, getting paid, hybrid publishing, self-publishing, traditional publishing. Bookmark the permalink.

14 Responses to The Writing Life: Getting paid…