This week saw two very different ‘anniversaries’ in my flat in north-east Switzerland.

The first, and arguably the more important, was the 10-week birthday of The Attic Room, my first venture into self-publishing. When I released it I reckoned I’d promote it as hard as I was comfortable doing for around ten weeks, and then go back to normal book promotion/marketing. If normal exists here…

I’m amazed how well it’s done – highlight was the number one spot in Vigilante Justice, where it has ranked highly for many weeks, though it’s been in the top ten in several other categories too. We’ve had blog visits all over the place – thank you, everyone! I didn’t do a traditional blog tour, but several visits over the weeks seem to have been as effective. (And there are still a couple to come.)  My book was on special offer for ten days at the beginning of the month – I’d originally intended to do this for a week, but around day 6 sales on Amazon US picked up quite a bit, so I left it in a few days longer. That’s the great thing about having control like that – you can be flexible.

What surprised me most was the number of Kindle Unlimited downloads, or ‘pages read’. We won a Kindle Select All-Star Bonus in August, which sounds quite sporty and it’s the first time for ages I’ve won anything so it was a good excuse to open a bottle. Biggest ‘oh no’ moment was finding the book had been pirated, but Legend Press, who published my other novels, told me what to do about that and so far it seems to have worked.

So what’s next? At the moment I’m busy getting another psychological thriller ready to go into the final stage of editing, and I’ll be self-publishing this one too, in early spring. The cover is amazing! 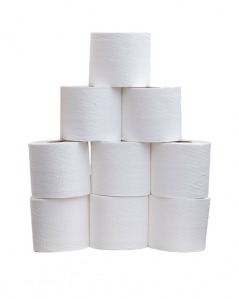 The second anniversary? It’s now six months since my sons and I moved into this flat. We still haven’t quite got all the pictures etc on the walls (reason being the drill seems to spend most of its time in Son 1’s student flat…) but it definitely feels like home here now. The biggest problem was – the toilet roll holder.

But that deserves a blog post all to itself…

This entry was posted in My books, The Writing Life and tagged Kindle, Kindle Unlimited, self-publishing, The Attic Room, Vigilante Justice. Bookmark the permalink.

2 Responses to Self-publishing – shocks and surprises…